The app, which imitates Twitter, had received horrible reviews from Nigerians after Adamu Garba supported the banning of Twitter and encouraged Nigerians to support Indigenous apps by downloading his Crowwe app. 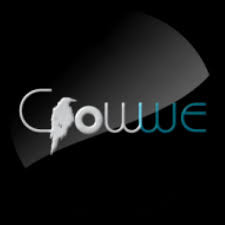 Not only did the app receive horrible reviews, Nigerians also reported that Crowwe’s Terms and Conditions were plagiarised word for word from another app, Spotify. The discovery was also verified by Dubawa, a fact-checking platform, to be true.

“Check the Crowwe app’s terms and conditions. It’s the SAME thing as Spotify. They didn’t even bother editing. Like if you click on the hyperlink it redirects you to Spotify theft. What sort of pangolo app is that?” a Twitter user wrote, tagging Spotify.

Right now, Garba’s Crowwe app, which has been described as an instant messaging and financial transaction app that comes with a digital wallet that helps to transfer and receive money while chatting, is no longer available on the Google Play Store.

Google removes from the Play Store applications that are perceived to have violated its policy.

“Once your app is removed, the published version of your app won’t be available on Google Play until a compliant update is submitted,” the app store policy states.

“Until a policy violation has been fixed, don’t republish a removed app,” it added.

“Biafra map is less than half of Borno, Nnamdi Kanu is bent on burning that small region”- Adamu Garba

Former presidential candidate, Adamu Garba has taken to social media to compare the ‘map of […]

A video showing moment police officers extorting some passengers have been shared online. You Might […]