The Grammy winner has peaked at number 1 on Shazam’s Top 10 Artistes weekly chart.

READ:  Rappers are blowing up Twitter with praise for Jay Z and '4:44'

The Kid Laroi and Justin Bieber came second, while Maneskin and Walker Hayes came third and fourth respectively. With Drake sitting at the 5th spot and Ed Sheeran following behind. 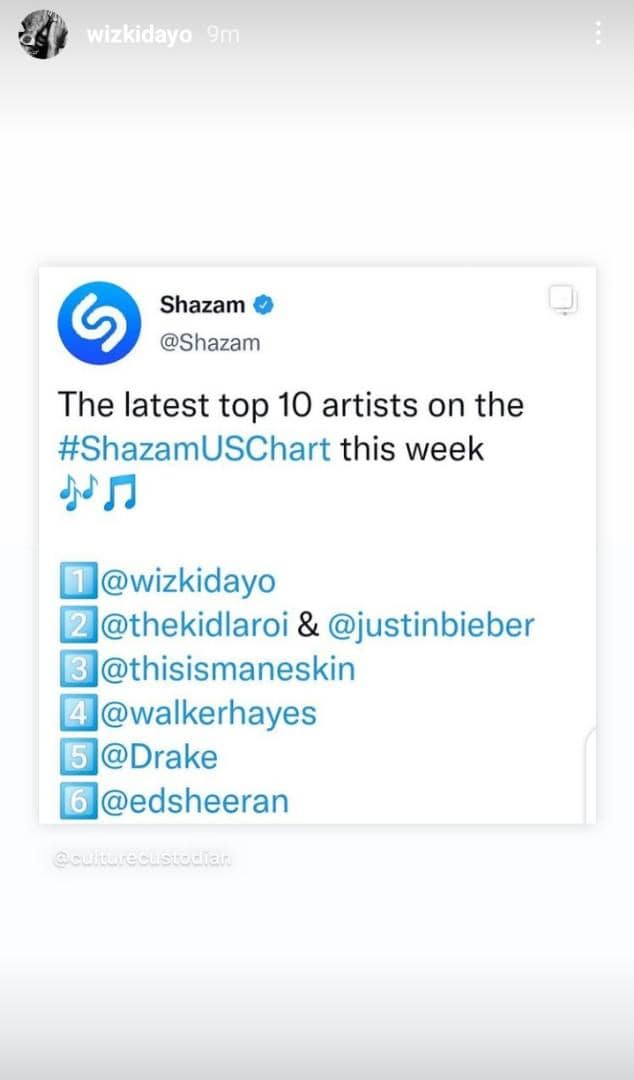 10 Artists who retired from music and made a comeback