Dare devil Gunmen whose identities are yet to be revealed have allegedly killed about four policemen at a police checkpoint along Obeagu Uno-Amodu – Umueze Amechi road, in the Enugu South Local Government Area of the state, CorrectBN has learned. 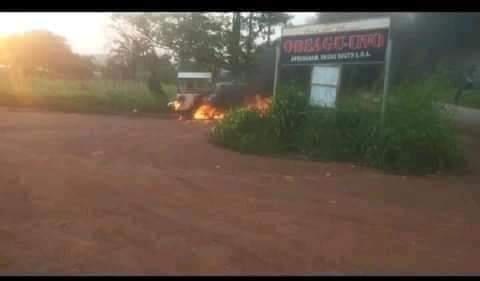 According to The Punch, the hoodlums attacked the checkpoint located at Obeagu Uno shortly after Inyaba Bridge around 7:30 pm, on Wednesday.

Sources in the community told our correspondent that the hoodlums who came from Agbani axis of the road had first encounter with policemen at 4 Corner and in Amagunze in Nkanu East Council headquarters before coming to attack the checkpoint at Enugu South. 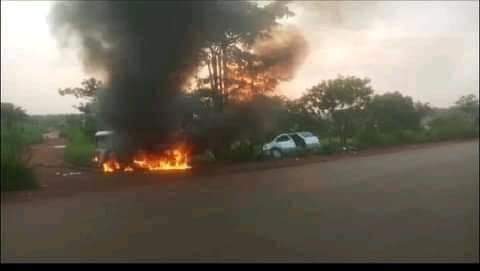 Although details of the attack were still sketchy, one of the sources told The Punch that the hoodlums killed about four policemen at the checkpoint, burnt their Hilux van and took away their AK-47 rifles.

One of the sources who spoke on condition of anonymity said, “It was around 7 pm we started hearing gunshots along the road. The shooting lasted about 30 minutes. But after the shooting, the hoodlums appeared to have overpowered the policemen as they succeeded in setting their vehicle on fire.

“I can’t say how many policemen were killed but the policemen at the checkpoint were six. What I can tell you is that up to six people were killed in the incident. Some of the hoodlums may have also been involved.”

When contacted, the State Police Public Relations Officer, Daniel Ndukwe, confirmed the incident but could not provide casualty details.

Ndukwe in a text message sent to our correspondent simply said, “I need to verify that and revert, please.”