The leader of the Indigenous People of Biafra, Mazi Nnamdi Kanu has sent a strong warning to Yoruba media after over 5 trailers loaded with armed Fulanis spotted in Yoruba land.

READ:  Biafra: I Will Be Present To Declare Biafra - Mazi Kanu Reveals (Video)

This video is your gift to the Yoruba nation. When the history of the conquest of Yorubaland by Fulani Janjaweed is written, your names will be alongside the great traitor Afonja. You allowed your greed and spiteful hatred for Biafra blind you to the reality of the danger the #Fulani posed. You wanted to destroy Biafra and IPOB but you ended up destroying your land. Shame! 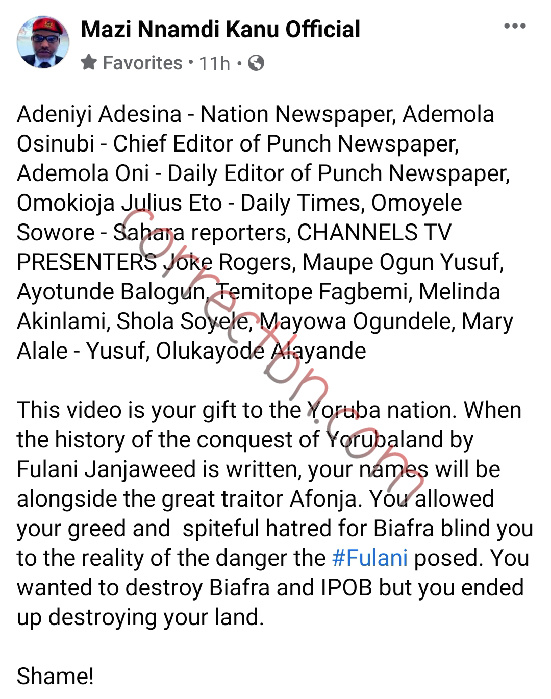 The Senior pastor of Divine Mercy Church, Olatobiloba Peters has unveiled some revelations which he […]

The leader of the largest separatists mass movement, the Indigenous People of Biafra, IPOB, Mazi […]