Man who recently bought a new Lexus car reportedly apparently forgot that he had a new car just a day after acquiring it. 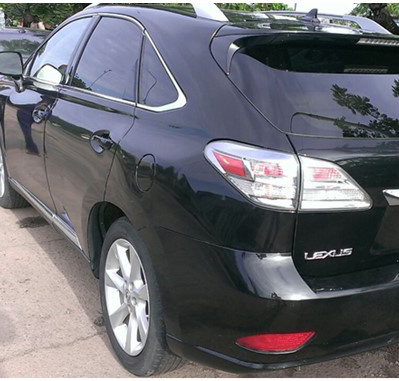 He drove it to the office the next day, but when he was going for break, he forgot that he is now a car owner, so he boarded taxi to his destination.

READ:  Woman angrily storms church to take back all her tithes and offerings (video)

A friend to the man shared the story in a video which surfaced online, and narrated how his friend, who works in the same company with him, drove the Lexus SUV to work but surprisingly forgot the car at the office while going for afternoon break.

The man said: ”Poverty no good oo, my friend buy new Lexus yesterday, this morning he drive am go office, in the afternoon, him wan go for break, him forget say him get motor, him enter cab take go for break…Don’t get use to poverty.”

READ:  I Am Ready To Go With Her - Soldier Says As He Rapes And Murders His Girlfriend

Actress Destiny Etiko has acquired another SUV. The actress shared a photo of the SUV […]