Some high profile Nigerian music acts have been billed to perform at the forthcoming Global Citizen Live concert.

The theme for this year’s concert is “Defend The Planet, Defeat Poverty,” as artistes will be performing to save the planet.

The organisers revealed that the show will be held for 24 hours across cities in 6 continents, simultaneously. Lagos, Rio de Janeiro, New York City, Paris, London, Seoul, Los Angeles, and Sydney will all be live.

LOL: Nasty C reacts to his impersonator scamming people out of money

More locations and artists will be unveiled later on. 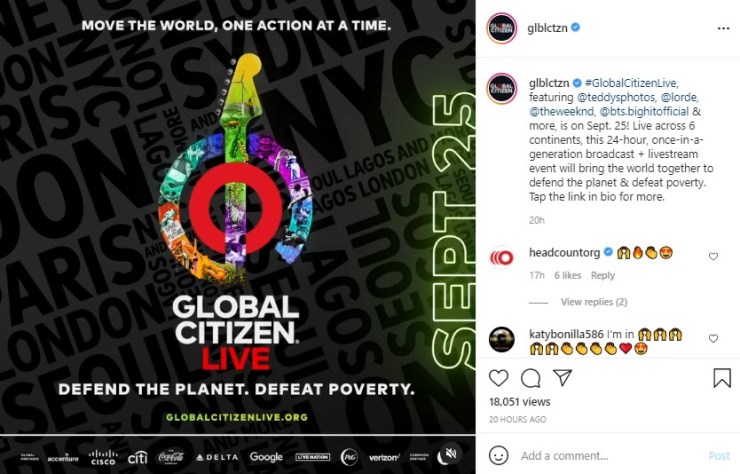 Peruzzi agrees with fan who said Davido is better than Wizkid ”This is a big win for my generation” – Burna Boy speaks after winning his first Grammy (Video) U.S. Singer, Saweetie speaks on collaborating with Wizkid and Burna Boy (Video)