Reactions have trailed Sunday’s formation of Ebubeagu as the Regional security outfit for the South East. Southeast Governors announced this after their meeting in Owerri, Imo State. A leading right group Intersociety, said the formation of the outfit was suspicious, as according to them, due to “the panicky and hurried announcement”.

The development has since continued to dominate discussions on social media platforms. 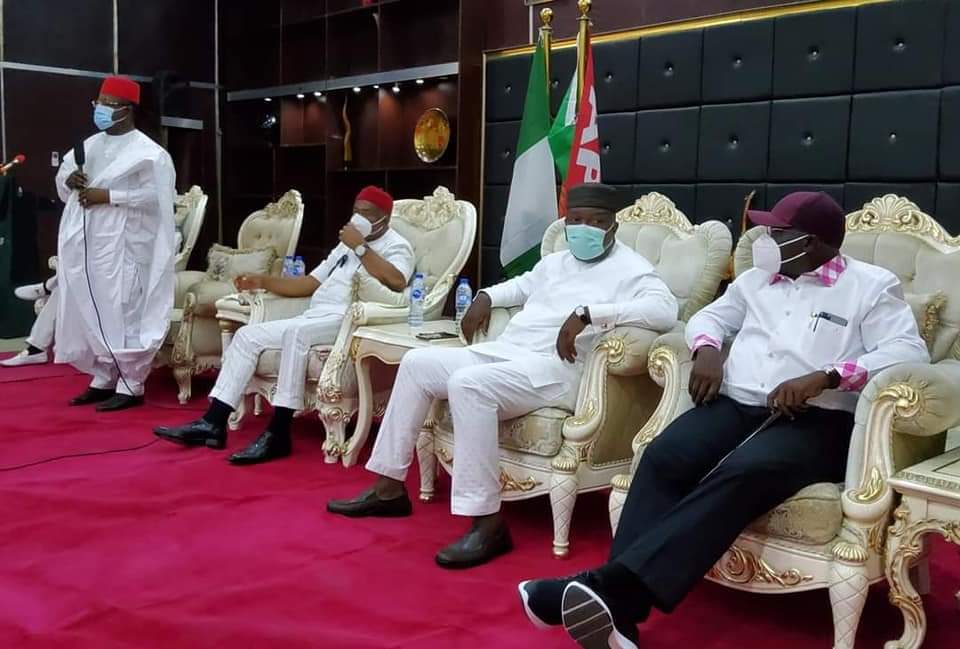 Checks by Correctbn revealed the initiative is backed by several people from the South East, particularly those supporting calls for self-determination and the creation of Biafra.

READ:  More than 20 armoured tanks flood all the streets of Umuahia in Abia state (Video)

Some of them who commended the move also expressed their willingness to be part of the security outfit.

Prince Frederick Michaels wrote, “The commands you have given shall stand firm, and we’ll support. Ikenga Biafra, go on sir, Almighty is with you.”

Nweri Fabian said, “Don’t worry, henceforth we join hands to research and refine 500 pieces of the chemical cylinder. It’s over for them.”

Innocent Mannix Ekeh, “I am overwhelmed that after this announcement, Nigeria will cease to exist.”

Vicky Okwuosa said, “We must do something significant to stop the unending slaughter of the innocent.”

Nnabuike Ebube said, “We have resolved to die in what we believe in.”

Merie Jim Mezie also said, “Security is zero in the contraption called Nigeria; therefore, Biafrans must defend themselves by all means possible.”

Imo State Governor, Hope Uzodinma, has blamed the Indigenous People of Biafra and its leader, […]

Breaking: Trouble For Eastern Governors As Eze Gburugburu blasts Them For Not Supporting ESN (Video)