A woman has been arrested for allegedly locking up and assaulting her nephew, 5, for 6 months.

Sharon Williams, 43, had 5-year-old Micheal Ibiyome living with her in Gberigbe, Ikorodu, Lagos, and allegedly subjected him to abuse a number of times.

She also allegedly denied him an education, food, and, love, and freedom to move around.

In the latest development, the suspect allegedly used a cutlass to inflict injuries on the back of Ibiyome’s head and a neighbour reported the matter to the Lagos State Ministry of Women Affairs, which transferred the case to the state Ministry of Youths, Sports and Social Development, Punch reports.

READ:  Policeman captured assaulting a woman following an altercation at a beach in Lagos (video) 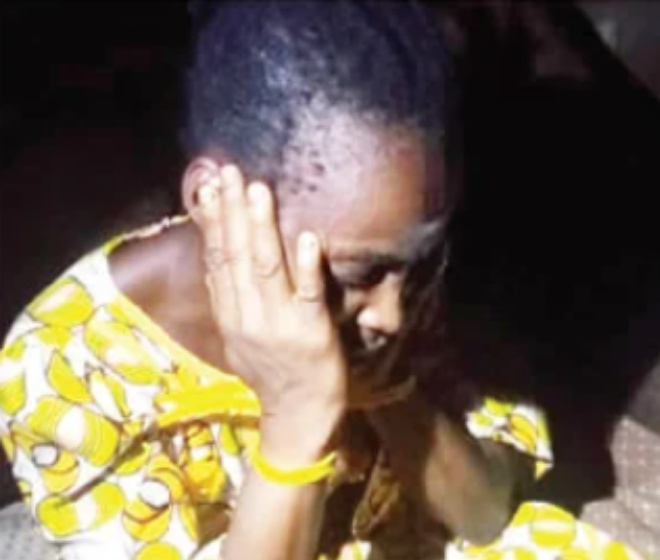 The suspect was arrested at her residence around 8pm on Wednesday, July 14.

The Lagos State Deputy Coordinator for Child Protection, Lateef Akinborode, said it took about five hours for the suspect to surrender herself for arrest after security agencies tried to gain access into her apartment.

When Sharon Williams eventually opened the door, she was arrested and taken to the Ijede Police Station.

The boy was found behind a fridge in the sitting room with a very deep cut on his head and several injuries on his body. His hands were stiff from being tied up for too long. 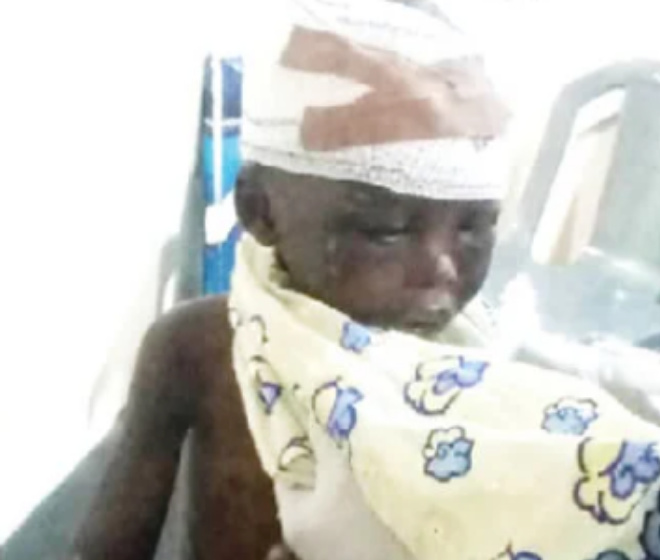 He was rescued and is currently receiving treatment at the Ijede General Hospital.